US Government Donates Books Worth $20,000 in Honour of Late Nigerian Student 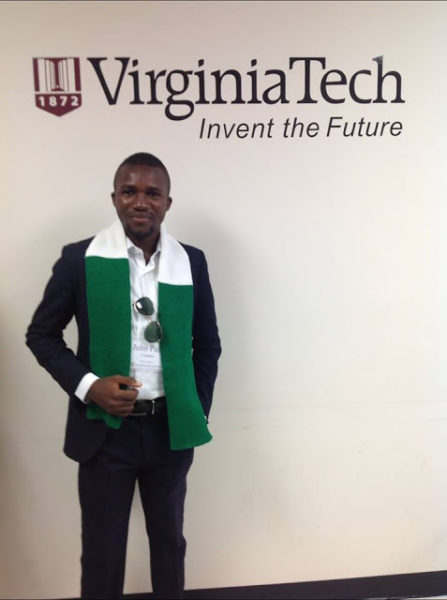 The United States Embassy in Nigeria has donated books worth about $20,000 to the University of Ilorin library in memory of Usman John-Paul, a final-year student of the university who died during a visit to the U.S last year.

The embassy’s counselor on public affairs, Aruna Amirthanayagam during his visit to the university, said the books and the prize were for young Nigerians working in the areas of John-Paul’s interest, namely Peace, Child Rights and Sustainable Development.

John-Paul drowned in a waterfall on June 25, 2016, while on Mandela Washington Fellowship in the United States.

The diplomat described him as a young man who spent a short but meaningful life having been a child parliamentarian, a UNESCO prize winner, and model student, who was on the Mandela fellowship at the time of his demise.

He said the US Fellowship is awarded annually to 1,000 students in Africa, including 100 Nigerian Students.

Amirthanayagam, who was accompanied by the embassy’s coordinator of the Mandela Fellowship, Diran Adegoke, condoled with the family of John-Paul and the university. He said the late epitomized multiple talents and leadership qualities and advised students to join the Young African Leaders Initiative Network online for several benefits that await them.

The Vice-Chancellor of the University, AbdulGaniyu Ambali, said the university community believed that his demise was a divine call, which every soul has to answer at the appointed time. He also said the sad occurrence would not dampen relationship between the university and the United States.

The Deputy Vice-Chancellor (Research, Technology and Innovations), G. Olatunji, congratulated the United States for its contributions to the advancement of humanity and also commiserated with John-Paul’s father,Usman Paul, over the death of his beloved son.

While reacting to the honour accorded the late John-Paul, his father, Usman, who was also present on the occasion, recalled that it was exactly 11 months since he drove his son to the airport on his way to the United States. He said as they journey to the airport, his son told him he would set up an NGO to cater for the less privileged.

He added that the Usman family had set up John-Paul inspired Organisation in fulfillment of the dream.

“From Africa to the World”! Meet Mobile Game Developer Abiola Olaniran of Gamsole

Throwback photo of the first generation of Nigerian Army officers

Should Nigerians be worried about President Buhari’s health?

Men Are Scarce To Approach Me: Dj Cuppy Cries Bitterly As She Admits To The Fact (Photo)