Graduates of the University of Nigeria, Nsukka (UNN) have called out a lecturer of the institution, Darlington Okoye (Ph.D) popularly known as ‘anunkankampi’ after his death.

In tweets that served as their reaction to the death of the 39-year-old political science lecturer, some former UNN students accused him of allegedly engaging in sex for grade escapades.

Many of the past students took to Twitter to share their encounters with the lecturer as they shared the story for others.

They also hinted that the lecturer’s smoking habit contributed 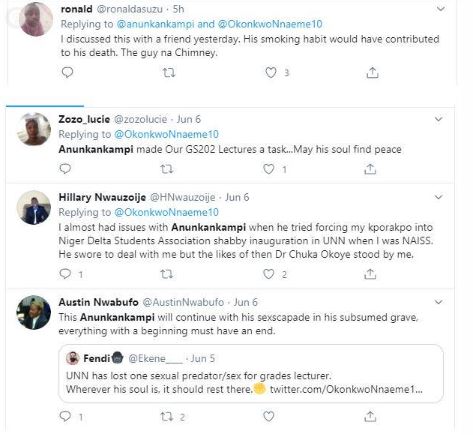 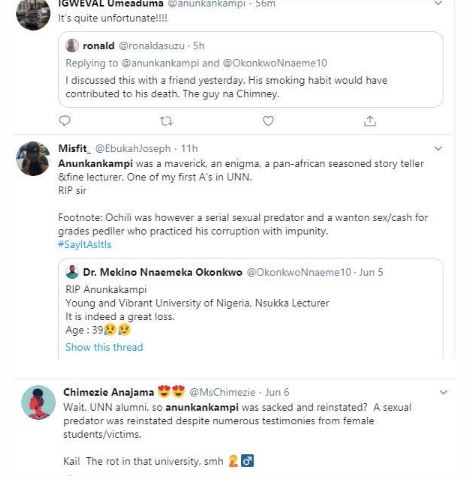 ‘Begging Industry Is The Biggest, Most Profitable In Nigeria’ – Comedian Gordons

SENSE OR TRASH?? Man Threatens To Rape Simi, Adekunle’s Daughter When She Clocks 18