Governor of Bauchi state Mohammed Abubakar announced a personal donation of $5,000 to Ibrahim who returned a customer’s $10,000 he found.

Adamawa governor, Bindow Jibrilla upped the ante when he said whatever Bauchi does will be outdone by Adamawa and went on to donate $10,000 cash to be given to the beneficiary this Monday.

Deputy Senate President, Ike Ekweremadu, who declared that he will mention the exemplary deed of Ibrahim on the floor of the senate on Tuesday committed the senate to a donation of five million Naira to the security man.

Both the chairman of the UBA, Tony Elumelu and the bank’s GMD, Kennedy Uzoka, praised Ibrahim for what he did and said his is the true spirit of Nigeria and not the contrary narrative often told of Nigerians and criminality.

The hundreds of people gathered at the UBA CEO Award 2017 at the Eko Hotels and Suites in Lagos gave a standing ovation to the outstanding security man who returned an amount that was more than his annual salary and is now getting rewarded. 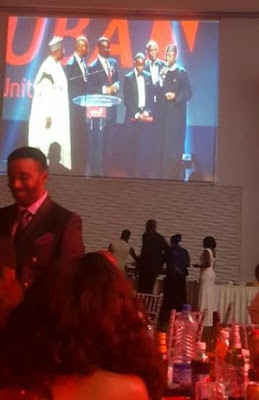 How I Traveled The World With Only $100

IN SEARCH OF DISCIPLES – DELE MOMODU

Photos of President Buhari in the historic Blair House