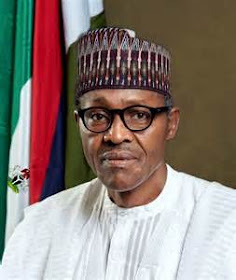 President Muhammadu Buhari at the opening of the 45th Annual Conference of the Institute of Chartered Accountants of Nigeria, ICAN, in Abuja, said Nigerians have no business with poverty given the enormous resources the country has. He then promised to take appropriate measures to stamp out corruption and reposition Nigeria as a prosperous nation that can adequately cater for its citizens.
The President, who was represented by the Permanent Secretary, Ministry of Finance, Mrs. Anastasia Nwaobia, blamed the poverty in the land on mis-governance and lack of transparency.

Meanwhile, former Minister of State for Finance, Mr. Remi Babalola, has recommended compulsory declaration of assets for all principal officers in the executive arm of government as a means of checking the menace of corruption. President Buhari said the nation’s ability to create wealth had increasingly been hampered by lack of good governance and accountability in the management of public resources at all levels in the past.

“As blessed as we are as a nation, Nigerians have no business being classified as poor. Yet, through the greed of some unpatriotic few, our commonwealth has been badly pillaged in the name of public service. “Our ability as a nation to create wealth has increasingly been hampered by the lack of prudence, transparency and honesty in the management of public resources by some of those entrusted with the duty of governance at all levels in the past, so much that in the midst of plenty, Nigerians are now suffering great deprivation.

“This should not be allowed to continue. The project called Nigeria must be given our all. The nation ought and must leave the throes of poverty and underdevelop-ment because I believe we are naturally destined for greatness.’’

He expressed optimism of a glorious future, and urged Nigerians not to thrive on the illusion that the battle for enthronement of the right values will be easy.

“Corruption will certainly fight back’. But he said his administration is resolute in its desire to effect a change in the nation’s value system.

‘‘To achieve this, we must collectively resolve to build today for a blissful tomorrow. I am optimistic that the glorious dawn we all hope for will not be long in coming.

“But we are resolute in our commitment to effect change in our value system. We will give the battle our all to guarantee victory,’’ he said.

Buhari said he would lead by example by making effort to live above board, and promised to overhaul the bureaucracy of the public sector to further engender transparency and improve productivity in public governance.

7 ways rich people think differently than the rest of us