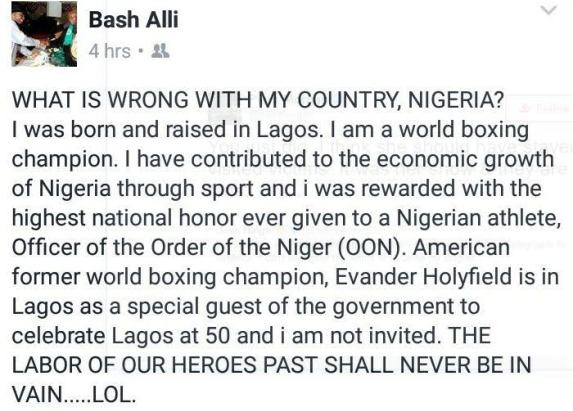 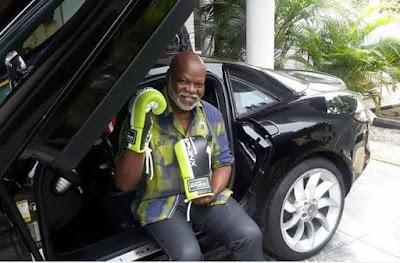 The five-time World Cruiserweight and Heavyweight boxing champion was invited by Lagos State Governor, Akinwunmi Ambode as part of activities celebrates the Golden Jubilee anniversary of the state.
Taking to Facebook to lament, Bash Ali who is a Lagos State Indigene condemned the government for snubbing despite his contribution to the economy growth in Nigeria through sport.

Top 20 Lucrative Business In Nigeria That Yield Profit In Millions

Don’t Tell Me What To Do – Simi Yells Back At Adekunle Gold Over Gbegiri, Semo

Photo of the day!

How FG Prevented Illegal Transfer of N500bn by Multinational Companies