Nigeria’s first ever bobsled team, which comprises of three women battling the Canadian cold, and enduring the various challenges stands on the edge of history. The inspirational team has faced numerous challenges from the unforgiving weather to financial difficulties in the quest to compete at the 2018 Winter Olympics in South Korea. The team is determined to complete the five trial events before 2018 to become Africa’s first bobsled team at the Olympics. TIA wishes the team the best in the ongoing preparations.

In 2018, South Korea will host the Winter Olympics, and Nigeria will be there if its bobsleigh team, which is currently training under the cold winds of western Canada, qualifies in its next three competitions. The team needs to finish five trial events before 2018 to become Africa’s first bobsled team at the Winter Olympics.

The team is comprised of three ladies, the driver, Segun Adigun, and brakewomen, Ngozi Onwumere and Akoma Omeoga. In a video on BBC, Adigun says, “These are the three things that you need to be a successful bobsled drive. One, fearlessness, you have to be able to live life on the edge. Two, determination, you have to be able to focus as a driver for at least 60 seconds without a lapse or distraction. Three, discipline, because the team, the country relies solely on your ability as a driver to qualify.” 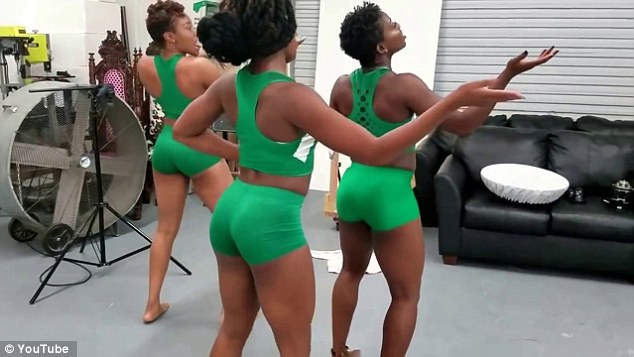 Adigun further says, “My goal is to get this team representation for this country in the Olympic games.” Despite being a final-year postgraduate student and concurrently running a Doctorate in Chiropractic (DC) and a Master’s of Science in Sports Science (MS), Adigun has kept on pushing.

Adigun, the team driver was once a track and field athlete, a three-time 100m hurdle Nigerian National Champion and 2012 Olympian before she transitioned to bobsled. She incorporated her two friends and the team was born. With the hectic preparations for the qualification, the women’s social lives have become secondary. Adigun says, bobsled is an expensive sport, and for them to reach their final goal they need $150,000.

So far with 446 donations and $20,270 their target of $150,000 is still a distant dream. The gofundme page elaborated the use of the fund. The team doesn’t even have its own bobsled but had to borrow one from the Utah Olympic Park.

In an interview with History Now, Omeoga gave some advice to young girls, “Young girls looking up to us: you are the driving force in your life. If you believe in yourself then the world is going to see it.”

The three ladies whose story has raised the hopes of the country, and the whole continent are determined to chase their dream.

At the Rio Olympics, a similar inspirational story was written when Chierika Ukogu became the first person to represent Nigerian in rowing in the Olympics.

There’s no doubt about the strength, determination and success of African women, not only in sport but in various other industries.