Home > Featured > MUST READ: Why I conceded defeat to Buhari – Jonathan
Featured

MUST READ: Why I conceded defeat to Buhari – Jonathan 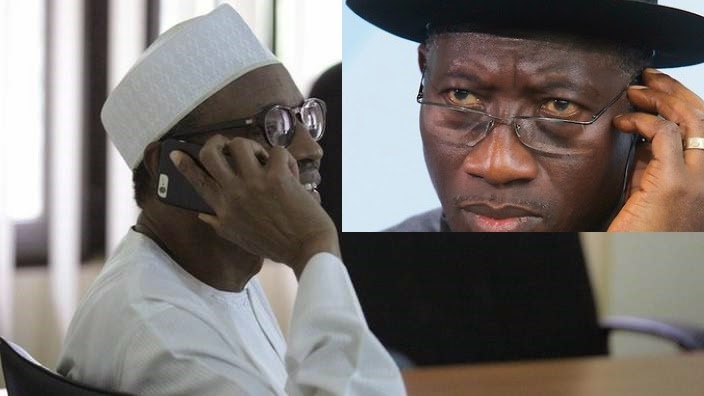 President Goodluck Jonathan spoke for the first time, yesterday, on why he conceded defeat to the presidential candidate of the All Progressives Congress, APC, Major-General Muhammadu Buhari (retd), in the March 28 presidential election, saying he did so to avert a collective tragedy.

President Jonathan was responding to remarks by the French ambassador to Nigeria, Mr Denis Guaer, who commended him for setting a record of humility, patriotism and courage in safeguarding the democratic process in Nigeria and Africa for which he will always be remembered.

The French ambassador told the President: “Nigeria is not only an economic power in the world today, but also a great democratic example. And it is all by your effort, Mr. President. The last elections and your response was truly a great achievement and you will always be remembered for it.”

In his response, President Jonathan said: “Since I assumed duty, I have been involved in quelling political crises in some African countries and I know what they passed through and what some are still going through. If you scuttle a system for personal ambition, it becomes a collective tragedy.

“You need to have a nation before you can have an ambition. It should always be the nation first. You don’t have to scuttle national progress for personal ambition. Democracy has to be nurtured to grow. Strong democratic institutions are the backbone and future of our democracy. They must be protected and nurtured. As for me, as a matter of principle, it is always the nation first.

“President Francois Hollande was our guest in Nigeria during the celebration of Nigeria’s centenary. He has been very supportive of the country in the fight against terrorism. I expect that the same warmth and goodwill will be extended to the incoming government.

“I expect that France will continue to work with the new administration, especially on issues of terrorism. The United Nations has been supportive as well. Our troops, supported by regional forces, have done very well in fighting the terrorists in recent times. What we need now is support to help our people get back their lives.”

Jonathan, who also had audience with the new ambassadors of Senegal and Ethiopia when they presented their letters of credence, called on world leaders and international institutions to support the incoming president, Buhari, to move the nation forward.

The President then appealed for patience, understanding and cooperation from all stakeholders in Nigeria, which he said General Buhari would need to move the country forward to greater peace, security and progress.

US to Buhari: We’ll support you to recover Chibok girls

Meanwhile, the United States has expressed its readiness to support President-elect, Buhari, to rescue the more than 200 girls seized by Boko Haram militants from Chibok school in Borno State one year ago.

American Vice President, Joe Biden, gave the renewed assurance in a telephone chat with Buhari in Abuja while congratulating him on his electoral victory.

The support, according to Biden, also includes the fight against Boko Haram.

Biden, according to excerpts from their discussion, made available to diplomatic correspondents in Abuja, also said his country was ready to expand collaboration with Nigeria in the new dispensation.
According to the readout, “Vice-President Biden spoke with Nigerian President-elect, Muhammadu Buhari, to congratulate him on his victory in the recent Nigerian elections and affirm that the United States stands ready to expand collaboration with Nigeria on issues of common concern, including economic and security matters.

“The Vice-President commended President-elect Buhari for his leadership in helping to ensure the elections were conducted peacefully and urged him to continue to foster a smooth, inclusive, and peaceful transition with President Jonathan.

How to be a Good Nigerian Wife – Kome Olori Agulonu