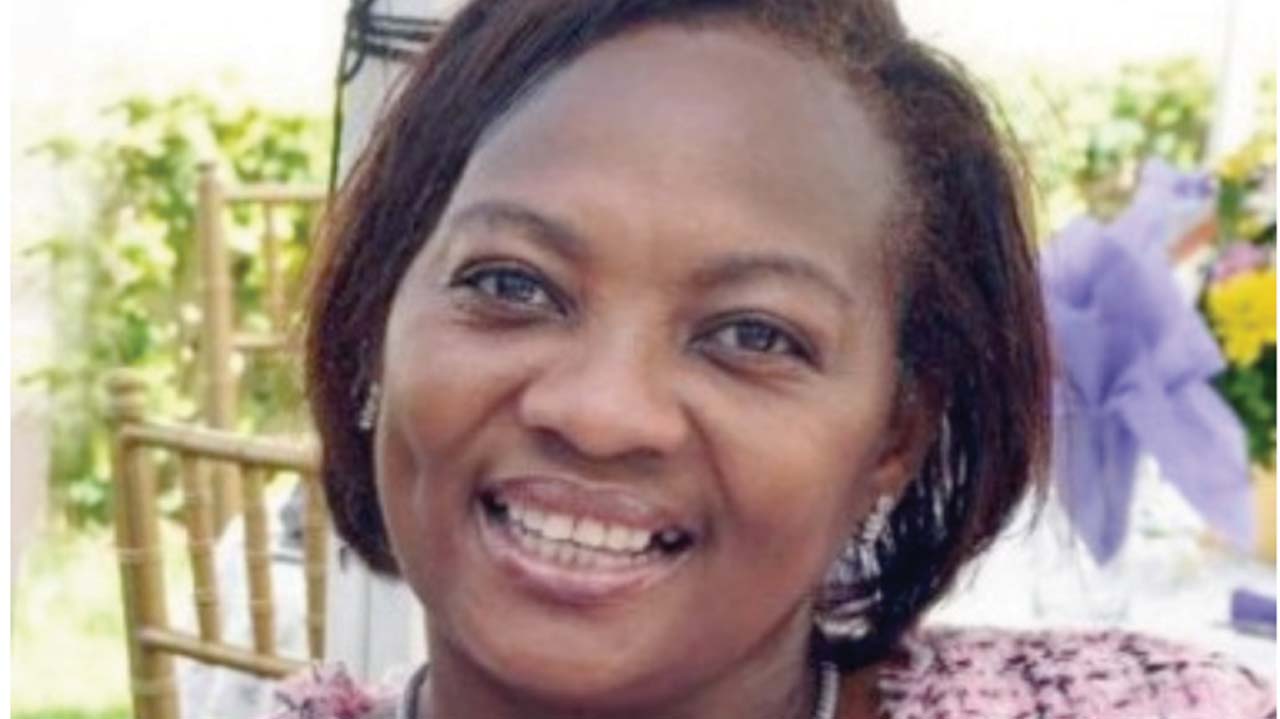 Dr. Ameyo Stella Shade Adadevoh was a Senior Consultant Endocrinologist and Physician who became infected with the deadly Ebola virus while treating the Liberian-American, Patrick Sawyer.

‘’Cowards die many times before their deaths. The valiant never taste death but once.’’ – William Shakespeare (Julius Caesar)

The two most important days in our lives are the day we were born and the day we find out why! Today marked exactly the third anniversary of the death of the heroine that saved Nigeria from the pang and horror of the terror disease- the Ebola Virus. George Washington Carver once said, “No individual has any right to come into the world and go out of it without leaving behind him distinct and legitimate reasons for having passed through it.”

You were born not just to make a living, but to make a difference. You were born to make this life better than you met it. Man is created for impact. Our life has meaning to the extent that it has influenced and impacted others. John Newman said, “Fear not that your life will come to an end but rather fear that it will never have a beginning”.

A millionaire is not the person that has a million naira, it is the person who has touched a million lives! So in our quest for wealth, we must find a way to affect the lives of others positively. The greatest misfortune in life is not the lack of money but the lack of influence. The influential man is the successful man, whether he is rich or poor. An influential man never truly dies; their impact echoes in eternity. Henry David Thoreau said, “When it’s time to die, let us not discover that we have never lived”. The big questions are: “Is this all to my life?” “Am I just living to make money?” Money speaks only for a while but impact speaks and echoes for eternity.

Life stories are full of significant accomplishments beginning with one person stepping out and committed to making a difference- stories of Thomas Edison and his light bulb, Edmund Hillary and Mount Everest, Alexander the Great and the then whole world, John F. Kennedy and landing a man on the moon, Bill Gates and his software magic, Steve Jobs and his revolution in the technology and gadget world, Mark Zuckerberg and how he used Facebook to impact the social life of earth’s inhabitants. Anthony J.D’Angelo said, “Wherever you go, no matter what the weather, always bring your own sunshine”.

Woodrow Wilson said, “You are here to enrich the world and impoverish yourself; don’t ever forget the errand.’’ A man without influence has no proof of his existence. Dr. Ameyo Stella Shade Adadevoh was a Senior Consultant Endocrinologist and Physician who became infected with the deadly Ebola virus while treating the Liberian-American, Patrick Sawyer. She is credited with having curbed a wider spread of Ebola virus in Nigeria by placing the ‘’patient zero’’, Patrick Sawyer who flew into Lagos from Ebola-devastated Liberia on July 20, 2014, in quarantine, despite intense pressure and threats from the Liberian Government.

While caring for Mr. Sawyer and protecting the nation from the virus, Dr. Adadevoh and her colleagues at the First Consultant Hospital in Lagos, Nigeria, were themselves at great risk. On August 4, 2014, it was confirmed that she tested positive for the Ebola virus disease and was subsequently quarantined. Adadevoh died on August 19, 2014 from the Ebola Virus Disease (EVD). The significance of her actions and those of her colleagues who risked their lives in the course of duty cannot be overstated. They all played a key role in curbing the spread of the virus in Nigeria. It is very obvious that without her dedication, it would have been quite impossible for the World Health Organization to declare Nigeria Ebola-free.

The many questions I kept asking myself are these: Would the story have changed if Mr. Sawyer had actually ended up in a General Hospital in a time when health practitioners and the city’s doctors were in the middle of a strike? What would have happened if Sawyer was taken to a public hospital (a place where dereliction of duty, impunity and negligence have become a norm) where he could spend hours and even days waiting for treatment? What would have happened if the ‘messenger’ of death had been allowed to navigate his way through the city of Lagos, a chaotic megacity of 17 million people to catch a flight to Calabar?

Definitely, the consequence could have been very grave and catastrophic! It is praiseworthy for any woman to have stood her ground in the midst of the threats that bombarded her when she vehemently turned down a request by the Liberian embassy and Sawyer’s employer to have him discharged so he could catch a flight to Calabar, where he had been billed to attend an international conference. It is also noteworthy to give special credit to all the Lagos State officials who tracked down and quarantined hundreds of Mr Sawyer’s fellow passengers who were on board an ASky Airlines plane with Sawyer after Dr Adadevoh’s early warning to the Ministry of Health.

Albert Einstein once said, “Only a life lived in the service to others is worth living”. In a country where virtually everything worked out as much by accident than design, it takes a sterling woman of undaunted passion and selflessness like Adadevoh to have taken such swift and proactive step to firewall the dreaded virus. In a country where selflessness has become a very scarce virtue, a woman paid the ultimate price to save the lives of many. We must create a culture of celebrating the act of selfless professionalism and not political miscreants that are agents of classical, digitalised and sophisticated corruption. It was said that the late Ameyo had the Hippocratic Oath hung in front of her on the left wall in her consulting room, just beside her certificate.

The legendary Ajayi Crowther, the first African Anglican Bishop that is credited with translating the English Bible into Yoruba language, was the grandfather of Herbert Macaulay.

Macaulay, Nigeria’s foremost nationalist and one of the most celebrated founders of modern Nigeria, eventually became the forerunner and ardent fighter for Nigeria’s independence. It is, therefore, no strange news that his grand-daughter, Ameyo, kept the flag of ‘selflessness’ flying! She showed the world that she had the blood of patriotism flowing in her, having inherited the spirit of heroism and patriotism from her ancestors.

Johann Von Schiller said, ‘’He who has done his best for his own time has lived for all times”. Adadevoh was dauntless; she paid the supreme and ultimate price. She took the maximum risk to save a whole nation from the merchant of death! She has left behind a habitual culture of devotion and a rich legacy of dedication to one’s vocation and service to humanity regardless of the consequences. Abraham Lincoln said, “In the end, it’s not the years in your life that count; it’s the life in your years.”

Nollywood honoured the late Adadevoh with a 2016 Nigerian drama thriller film, 93 days, which was directed and co-produced by Steve Gukas. Starring Bimbo Akintola as Adadevoh, the story of 93 days centres on the sacrifices made by men and women who risked their lives and refused to be intimidated to make sure the Ebola virus was contained, before it becomes an epidemic.

John F. Kennedy said, “There are risks and costs to action. But they are far less than the long range risks of comfortable inaction”. Her only surviving son, Bankole Cardoso, has this to say: “My mother’s death was a great loss but I am consoled by the fact that people are inspired by her story, and for me, that is particularly good, because it is a Nigerian story”.

I would like to use this piece to project the character of Adadevoh for younger generations to imbibe and also for the government to always give the highest honours to individuals who have paid a very high price through their acts of selflessness. Government should stop trivialising, bastardising and commonising national honours. It is not too late for the government to consider giving Adadevoh the highest national honour possible, because she paid the ultimate price.

To all the youths out there, I am reaching out to say: Whatever you do, make a difference! Live in such a way that your absence will always be felt because when your absence is not felt, then your presence is irrelevant. You’ve got to discover the one thing that you were created to be and be willing to pay the price to be it!

LET’s TALK!! PVC or Visa – Which One Is More Important To You After Buhari’s Speech Last Night?