His is an inspiring story and a model to many young people. 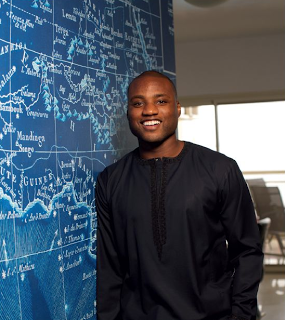 At the age of 24, in 2004, he founded Solidarnosc Asia,a Chinese alcoholic beverage company that made Solid XS, a premium brand of vodka. Solid XS eventually had a 50% market share and went on to become a mainstream liqour brand and was being distributed in over 30 cities, pulling in $20 million in annual revenue.

Delano then sold the company to a rival liquor company for over $15 million and put his funds into his next venture – a real estate investment holding company with a focus in mainland China.

So far, the Indonesian Conglomerate has provided over $900 million worth of funding for investment in Nigeria and Bakrie Delano Africa identifies opportunities for investment in mining, agriculture, oil & gas, and executes the investment processes.

He was on Forbes’ list of the youngest millionaires to watch in Africa in 2012 and is the youngest Nigerian billionaire.
Delano is a bachelor and very single.

Naijassador - January 23, 2021 0
The police in Ogun state has detained a 32-year-old man identified as Tunde Bello for abducting and raping of a 29yr old lady (Name...

Do You Agree?? Cristiano Ronaldo Is Not The World’s Best –...