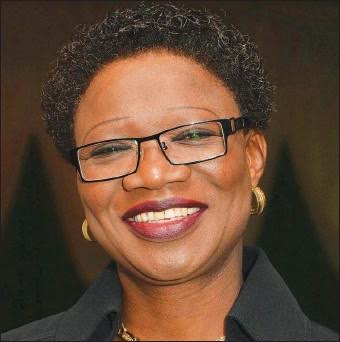 The Director General of the Pen­sion Transition Arrangement Directorate (PTAD), Nellie Mayshak, has been placed on indefinite suspension and is being investigated after it was discovered that she allegedly re­ceived N50 million monthly in salary plus other allow­ances.

According to The Sun, the discovery was made possible via the Bank Verification Number (BVN) which the CBN used to trace the money being paid to her account every month.

According to the Finance minister’s Special Adviser on Media, Festus Akanbi,

“it is normal within civil ser­vice procedure to allow the DG to proceed on indefinite suspension pending when the investigation on the matter is concluded.”

PTAD was set up to take care of workers who retired on or before June 30, 2007 un­der the pay-as-you-go system. Myashak is the pioneer director general of the agency.

Those who are serviced by the agency include the police, customs, immigration, civil servants, para-military and other para­statals.

It was established in August 2013 in compliance with the provisions of section 30 sub-section (2) (a) of the Pension Reform Act (PRA) of 2004 (amended in 2014) which stipulated the establishment of an independent pension de­partment for the public service of the federation.

Do You Agree?? I Am The Most Hated Celeb In Nigeria – BBNaija’s Erica Writes

Naijassador - January 26, 2021 0
Reality star Erica has taken to social media with a post about the amount of hate that comes her way. Erica in a Twitter post...

“Never Underestimate The Power Of Dreams”- BBNaija’s Ka3na Says As She...

‘Too Much Women Can Destroy You’ – Reno Omokri Advises Men...

‘I Want To Spoil Someone’s Son This Valentine’ – Bobrisky Says...

Osun Police Rescue 20-Year-Old Girl Locked Up By Her Father For...