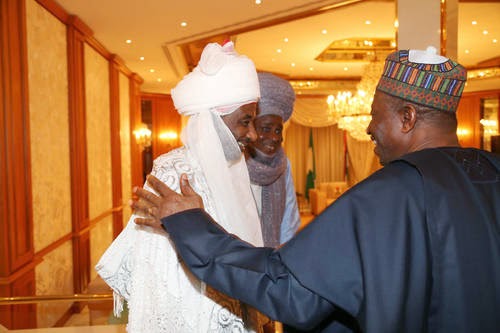 The SSS yesterday November 8th returned the international travel passports (diplomatic & standard)  of the Emir of Kano, Alhaji Muhammad Sanusi II, which they seized a few months ago after he was removed as the head of the Central Bank.

The passports was returned to him at his Palace yesterday following his recent reconciliation with president Jonathan.