Popular Nigerian singer, Brymo, has finally reacted to the rape allegations levied against him.

The singer, taking to Twitter, made a series of tweets that expressed his disgust over the allegation and also what steps is being taken by his team.

Recall that it was later in April that the singer was accused and he has waited a whole month before saying something.

The singer, in his post, pointed out that he is not one to keep quiet when he is being targeted.

See The Posts Below: 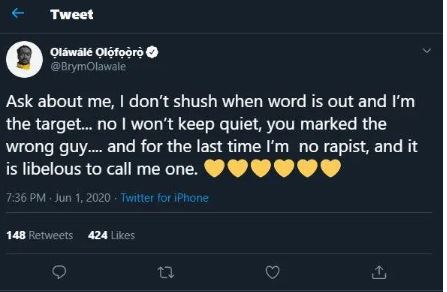 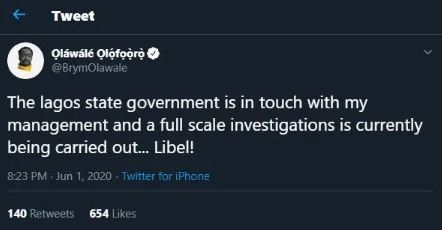