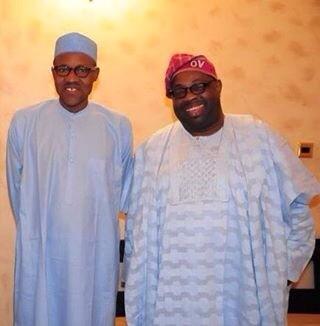 Fellow Nigerians, this has been a most suspenseful but exciting week, courtesy of APC, the opposition party. For the first time since 1993 when Chief Moshood Abiola had great difficulties picking his running mate, the same scenario was re-enacted as General Muhammadu Buhari kept the nation on edge while struggling to find and name his Vice Presidential candidate. The situation almost became like Samuel Beckett’s Waiting for Godot.

The frontliners, according to a poll by Saharareporters, were Rotimi Amaechi, Babatunde Fashola, Adams Oshiomhole, Kayode Fayemi, Yemi Osinbajo and Bola Tinubu. It was such a breath-taking affair. While we were all anxious and permutated away about the outcome of the selection, General Buhari apparently remained focussed on his target. He was determined to find and play a joker as his last card. It couldn’t have been easy with the calibre of men to pick from and the volatile interest groups that litter the APC landscape.

Some of us closely monitored Buhari’s mind-set and it became obvious that the gentleman was adroitly committed to the promise of picking his Vice Presidential candidate from the South West; it was only a question of who. According to insiders, he would have loved to pick the APC giant, Governor Babatunde Raji Fashola of Lagos State who has become a super-brand in Nigerian politics. But he was technically knocked out on account of religion; he’s a Muslim. And many of us had warned against risking a Muslim-Muslim ticket at the beginning of this voyage. If our own opinion was supposedly irrelevant, the strident admonition from former President Olusegun Obasanjo could not be easily ignored or readily dismissed. I had smelt a rat and knew it was a clear and powerful message to General Buhari not to touch the tiger by the tail. Obasanjo’s vociferous voice automatically disqualified former Lagos State Governor, Asiwaju Bola Ahmed Tinubu as well as his successor, Mr Fashola, since they are both Muslims.

The other two candidates under consideration were former Governor Kayode Fayemi and Professor Yemi Osinbajo (SAN) but the latter was clearly favoured by Tinubu, the irrepressible generalissimo of the South West, after a botched attempt to have the kingmaker pair up with Buhari. General Buhari was unequivocally opposed to the idea of a Muslim/Muslim ticket. Once he narrowed his choice down to Yemi Osinbajo, after Governors Adams Oshiomhole and Rotimi Amaechi were torpedoed on account of zoning, the next task was how to persuade the major stakeholders and he embarked on a marathon expedition to various APC leaders. His mission was to personally convey his decision to each and every one of them.

Contrary to doomsday prediction, Governor Amaechi gave his total blessing and agreed to lead the campaign. The bond between Buhari and Amaechi is like that of father and son. Those who expected APC to break up after the Presidential Primary were sorely disappointed, in fact, it turned out to be one of the best organised in our dear country. It actually won many converts and admirers to the party; a huge equity indeed. The next anticipated problem area was that of choosing a Vice Presidential nominee but once again, the APC overcame the challenge despite widespread anxieties over the delay in announcing the lucky one.

General Buhari finally settled for an erudite lawyer, a Senior Advocate of Nigeria, a pious man of God and Senior Pastor at The Redeemed Christian Church of God, Professor Oluyemi Oluleke Osinbajo, born on March 8, 1957. Osinbajo’s curriculum vitae are one of the longest I’ve ever encountered. I will not even attempt to list it all here as it may occupy the entire space allocated to Pendulum but I shall try to showcase the most relevant parts.

He was born in Lagos and started his education from Corona Primary School before heading to the famous Igbobi College where he mesmerised mates and teachers alike with academic brilliance. He was the winner of the State Merit Award in 1971. He won the School Prize for English Oratory in 1972. From 1972-75, he was the number one Orator and bagged the Elias Prize for Best Performance in History, in WASC examination. He was also the best in Literature.

He read Law at the University of Lagos from 1975-1978 and won the Graham-Douglas Prize for Commercial Law. He attended the Nigerian Law School thereafter and became a barrister and solicitor on successful completion. He wasted no time before travelling abroad to attend the prestigious London School of Economics & Political Science and was awarded a Master of Laws. Osinbajo served his National Service at the Bendel Development and Planning Authority.

He joined the University of Lagos as Lecturer and rose to become a Professor of Law at the age of 33. He became a Senior Advocate of Nigeria in 2002. He worked simultaneously and tirelessly as teacher, barrister and solicitor. His hard work is uncommon. His service to man never disturbed him from serving his God. He is a notable clergyman and he has inspired so many and impacted lives from far and near.

Osinbajo is happily married to Chief Obafemi Awolowo’s grand-daughter, Dolapo, the daughter of Tayo and Ayodele Soyode, and they are blessed with three children. Mrs Osinbajo has been engaged in charity work despite being a lawyer herself. She’s been able to assist those with different kinds of deprivation. She and her husband are extremely compassionate. Buhari must have spent ample time studying Osibajo’s resume before settling for him. What he brings on board is the much needed intellectual grounding of politics and governance. Both candidates share their simplicity in common as opposed to the profligate leaders Nigerians were used to.

Now that Buhari appears to have played his final joker, where do we go from here? Ordinarily, the incumbent President should not be afraid of this type of contest but things have changed. The Buhari of today is no longer the badly maligned man who contested against us in 2011. He is not the Buhari who lacked national spread. The Buhari of today has metamorphosed into a megastar bearing the image of a Rock legend. His image-makers have worked hard to make him appear debonair and appealing to the young and old. His new swag is Presidential and takes attention away from his so-called old age. President Goodluck Jonathan and his team would underrate Buhari/Osinbajo at their own peril.

What makes Buhari/Osinbajo so attractive should be examined. While they are not saints as mere mortals, they do not carry the type of heavy baggage on the President right now. As in Murphy’s Law, everything that could go wrong has been going terribly awry for our nation. While the President and his handlers are fond of regurgitating their favourite swan song of “the President did not create the problems, they were there before he assumed power”, many are tired and bored with these flimsy excuses. Their response, in the words of Professor Akin Oyebode, is “if you can’t stand the heat, leave the kitchen.”

There are too many reasons to be adduced for why the world is crumbling over the Federal Government at the speed of light. The first is psychological in nature. By 2015, PDP would have been in power for 16 years. That is long enough to get the citizens irritated. Democracy has never been a monarchy which rotates appointments amongst Royals. Lack of performance makes matters worse for a government such as ours. Even if we admit that not all of our challenges were caused by Jonathan, many of it should have been solved in four years.

Some of the problems were actually caused by this government. This government made the fatal mistake of amplifying the religious confusion in Nigeria. Today Nigeria is more divided along religious lines than ever. What is likely to happen is that Muslims are likely to vote en masse against Jonathan while the Christians would be split down the line between the candidates. In such a contest, the result should be obvious.

Ethnicity is another source of worry. As soon as Jonathan got to power, his supporters developed the attitude of “it is our turn and we can misbehave as we like.” Insults were heaped on critics endlessly. Other ethnic groups were treated with disdain. We saw the emergence of new oil sheikhs and the proliferation of private jets. Nigerians watched in utter amazement as resources were being frittered with reckless abandon. We saw the emergence of sacred cows and untouchables who were directly protect at the highest leve.
To make matters worse, insecurity became a permanent feature in our daily lives. A chunky part of Northern Nigeria has practically been donated to terrorists with no hope in sight. Nothing has rubbish this government than the abduction of Chibok girls and many other abductions and wanton killings. All we hear are the same clichés of “we are working hard to bring the situation under control while the killers continue to operate unhindered.

As if we’ve not suffered enough; our economy is receiving its own battering so mercilessly. The price of oil has collapsed and Armageddon has arrived. While government is trying to paint a picture of all is well, it is becoming increasingly clear that we have landed in big trouble. I even heard a PDP Governor crying that the Federal Government should kindly find money to pay teachers’ salaries just days to Christmas. How bleak can life be!

It is doubt if our budget would run as planned in the New Year. Even on a good day, we’ve never been known to balance our budgets. How do we then hope to make things run effectively when our economy has gone into coma? I don’t know how the President hopes to go into election with this barrage of upheavals and win.
But who knows, a man who has been beheaded may still try to puff some smoke. Time will ultimately tell the story of this battle royale!