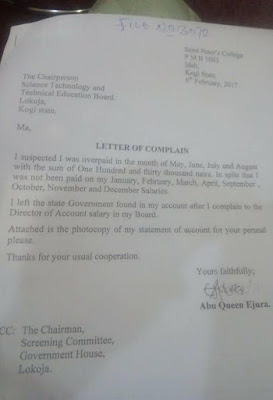 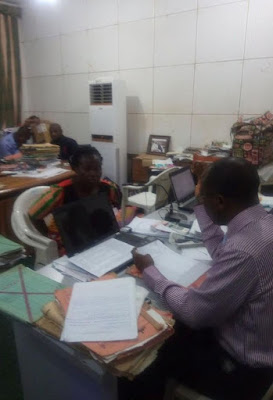 A secondary school teacher in Kogi state, Mrs Abu Queen Ejura, refunded N130,000 to the state government after she was overpaid her salary. Ejura was overpaid four months salary arrears.

She refunded the money despite the fact that she was still being owed eight months salary. According to the Director General (Media and Publicity) at the Kogi state governor’s office, Kingsley Olorunfem Fanwo, who shared her photos online, Ejura withdrew what is legitimately hers and wrote to the screening committee to report the overpayment. Quite commendable!

Naijassador - November 28, 2020 0
Christmas came rather too early for controversial media personality, Toke Makinwa, as she recently got a gift of bone straight hair worth N1.2 million...

Kidnappers Are Planning Ambushes, Don’t Be A Victim – Kemi Olunloyo...

”Somebody Somewhere Is Depending On You To Do What God Has...

Cleric Warns Bobrisky, Reveals When He Will Die (Video)